Not just Chinese investors and businesses, the Cambodian government also played a significant role in the transformation. The city is still developing and going through different changes. As Phnom Penh is already the most crowded and dirty city of Cambodia. The government plans to develop Sihanoukville and attract tourists as well as investors there as well.

Another example of the Cambodian government focusing on Sihanoukville’s development is the new master plan for airport expansion. Recently, Cambodia’s aviation authority has approved the master plan. Cambodia’s three international airports, Cambodia Airports, have developed this project. The master plan will increase the terminal and expand its passenger capacity to 10 million.

The purpose of developing the master plan project in Sihanoukville is to boost the airport infrastructure to accommodate its passengers and cargo traffic growth. As Phnom Penh is mainly responsible for the economy of Cambodia. By transforming and developing Sihanoukville, the government can create another pillar for the country’s economy. This way, if any one city does not do well in terms of economic performance, there will be another city.

The masterplan is divided into two parts: phase 1 and phase 2. Both phases consist of 10 years. In the first phase (starting from 2020 to 2030), Cambodia Airports is planning to focus on runway extensions to 3300 meters, which is currently 2500 meters, new taxiway & aircraft stands, and the construction of a new passenger terminal. Talking about phase 2 (from 2030 to 2040), it will include the expansion of the new terminal, new ancillary facilities, enhancement of runway & apron capacities.

With this Sihanoukville airport masterplan, Cambodia Airports also said that it would expand and strengthen the 420-meter taxiway.

Alain BRUN, who is the CEO of Cambodia Airports, said, “The masterplan for the international airport in Sihanoukville is testament to Cambodia Airports/VINCI Airports continued commitment in enhancing air connectivity and, therefore, in contributing to unlocking business and tourism opportunities for the benefit of the people of Cambodia.”

As CEO Alain BRUN said, the airport masterplan would increase business opportunities and tourism opportunities. This will be a great investment for the country. After successfully completing this masterplan for the development of Sihanoukville Airport, the coastal city will have an airport with much better infrastructure and increased capacity.

As Sihanoukville is developing consistently and the number of tourists & foreign investors is increasing, the development of Sihanoukville airport would be very beneficial.

With so much development going on, Cambodia can be a great place for investment. Whether you are looking for an apartment for rent in Cambodia or any type of property to buy, Dragon Real Estate can help you. 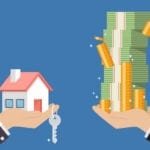 Why Real Estate is A Good Investment?