Over time, Chinese FDI (Foreign Direct Investment) has been increased in the country. If you will compare previous Chinese FDI data with current data, you will find great spike.

From the above figures, we can see that Chinese investment in Cambodia (not just in Sihanoukville) increased constantly.

The beaches of Sihanoukville known to be silent and cozy, attractive for families, and individual backpackers. The atmosphere of Sihanoukville attracted tourists and families. Sihanoukville changed completely after Chinese investment started coming in.

About 90 percent of Sihanoukville businesses are Chinese-run. It includes restaurants, casinos, massage parlors, hotels, etc. From 156 guesthouses in Sihanoukville province, 150 are Chinese-owned. From 62 casinos, 48 are invested in by the Chinese nationals. And, out of total of 436 restaurants in the province, 95% around are managed by Chinese nationals.

With the improvement, the tourist visits in various cities of Cambodia also increased. Between 2012 to 2017, it has been increased by more than 700%. Cambodia has received around 6.2 million visitors last year, out of which, one-third were Chinese tourists.

From the facts and figures, we can see how Chinese investors and the Chinese government is making an impact in Cambodia, and especially in Sihanoukville.

Sihanouvkille is the largest city of Cambodia, after Phnom Penh. As more Chinese entered into Sihanoukville, the city turned from quiet coastal city to a bustling city of Cambodia. Companies, businesses, and real estate in Sihanoukville started to develop after Chinese money started pouring in.

The Deep water port of Sihanouvkille plays a crucial role in sea transportation. Out of all Cambodia’s imports and exports by sea, 90% go through the Sihanoukville port. 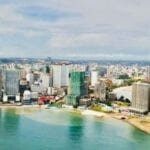 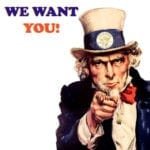 We are looking for property owners