Cambodia or the Kingdom of Cambodia is a country in Southeast Asia. The employment and GDP of any country are mainly based on the businesses and companies of that country. If we talk about Cambodia, it is one of the fastest-growing economies in the world. The manufacturing sector and businesses are growing in Cambodia.

The majority of Cambodia’s economy is based on tourism and garment. exports. The country has sustained an average GDP growth rate of 8% between the years 1998 and 2018. The GDP growth remains stable. In 2019, it is estimated to have reached 7.1%. It also includes the years of recession. Between this period, there was three major recession.

Last year, Cambodia had an investment deal with China. The deal was about bringing Phnom Penh closer to Beijing. Cambodia has signed at least nine deals with China.

The Chinese investment in Cambodia continues to rise. According to the Council for the Development of Cambodia, China invested $3.6 billion in the year 2016. And, this figure is nearly doubled to $6.3 billion a year later. The increase in tourists and visitors also increased the demand for Cambodian property for sale & rent. Also, with the increase in Chinese investment in various sectors, Cambodia’s real estate prices started to rise.

Should you invest in Sihanoukville?

From the above explanation, we can see that from the past few years, the foreign investment in Sihanoukville has been increased amazingly. The majority of restaurants, businesses, casinos, etc. of Sihanoukville are Chinese-run. Between 2016 to 2018, about $1 billion was invested in the province by the Chinese nationals.

From the above figures, we can see that more and more foreign investors (especially Chinese) are interested in Sihanoukville. So, if you are planning to invest your money in Cambodia, you can consider Sihanoukville.

No matter whether you are a Cambodian or foreign national, Dragon Real Estate can help you in real estate investment. We are the top real estate agency in Sihanoukville, Cambodia. We help people buy & sell houses, villas, condos, apartments, commercial properties, etc. 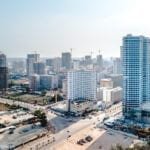 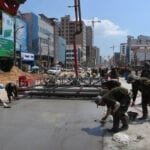 Progress on Infrastructure in Sihanoukville