Both Cambodia and China have tied for the betterment of both countries. There are various plans in Cambodia funded by China. Chinese people and investors play a crucial role in Cambodia’s economy, especially in top cities like Sihanoukville.

Dara Sakor is a $3.8 billion China-backed investment zone, encompassing 20% of Cambodia’s coastline. It is now controlled by a Chinese company with a 99 years lease. The project includes an international airport, a deep-water seaport, an industrial park, water treatment plans, and medical facilities.

Apart from Dara Sakor airport and deep water seaport in Cambodia, another example of China’s alliance with Cambodia is the Silk Road Initiative.

Another best example is the new expressway project – Phnom Penh to Sihanoukville. This new expressway of Cambodia is China-funded. It will cost $2 billion to the Chinese government for this project.

This expressway project was conducted to smoothen traveling between the two cities: Sihanoukville and Phnom Penh. As we know, Phnom Penh and Sihanoukville are the two major cities of the country. Hence, focusing on developing infrastructural facilities in these cities is very important. The 190km expressway is expected to be completed in 2023. After the completion of this China-funded expressway project, it will help in economic and tourism development.

Prime Minister Hun Sen said, “Currently, travel between the two destinations takes about five hours, but when the expressway is built, it will take only two and a half hours.”

The construction of Cambodia’s first-ever expressway started in March 2019. During the groundbreaking ceremony of the expressway, Hun Sen (the Prime Minister of Cambodia) explained how China was instrumental in getting the project underway. “The expressway would not be possible without the resolve of the Chinese government,” said Hun Sen.

Apart from this, it will also be conducive to increasing logistics efficiency in the country, and it will reduce the cost of goods transportation & travel period.

Hence, we can say that China and Cambodia have amazing upcoming plans. By collaborating with China, it would be easy for Cambodia to build better infrastructure, roads, and other facilities. With consistent economic growth, Cambodia can be the right country for real estate investment. If you are interested, Dragon Real Estate can help you. 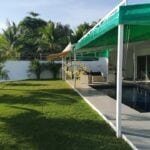 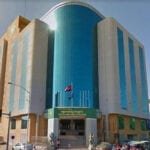