The more manufacturing industries in any country is the sign of a good economy. It also states that the demand for goods in the country is high and people are willing to spend more money. The increase in production also helps to generate more employment opportunities.

If any country can produce an excessive amount of products, it can also export them to other countries. In this post, we will talk about production in Cambodia.

The economy in Cambodia has seen constant improvement from the last two decades. Do you know the country has passed three major recessions without getting affected in its GDP? Countries around the world were figuring out how to deal with the recession, while Cambodia’s economy was in boom.

In Cambodia, some top cities like Sihanoukville, Phnom Penh, Krong Siem Reap, Krong Battambang, etc. play a crucial role in the economy. In this post, we will mainly talk about the economy of Sihanoukville. Sihanoukville is the coastal city of Cambodia. It used to be a silent coastal city a few years back. But, right now, it is flocked with Chinese people.

Cambodia also has a strategic advantage over countries like Vietnam and Thailand. Due to this Chinese people have started showing interest in the Cambodia market.

The thing which attracted foreign investors toward Cambodia is allowing foreign-owned investments. Due to this, Chinese investors are attracted to investing in Cambodia.

If we talk about Sihanoukville (one of the best Cambodian destinations), around 90% of Sihanoukville’s economy is in the hands of Chinese.

Until 1953, the economy of Cambodia heavily relied on the agricultural sector. During the 1980s, the industrial reforms started in Cambodia. The 1980s was the time when Cambodia shifted to becoming a market economy and started growing rapidly.

Between the years 1995 and 2012, Cambodia recorded the average GDP growth rate of 7.9%. On the flip side, the country’s per capita income tripled. This also includes passing the major recessions.

If we talk about exports, the main export of Cambodia is garments and textiles. In 2018, Cambodia exported $13.1 billion worth of garments & textile goods. Some other export industries of the country are footwear, headwear, animal hides, food & beverages, and machinery.

At present, the main export of Sihanoukville is garments. It exports garments in a huge quantity as compared to other of its exports. Apart from this, the city also produces and exports timber, logs, and rubber in small quantities. Over the last five years, Sihanoukville has seen a steady flow in garment exports.

Whether you are a Cambodian citizen or a foreign national, you can invest in Cambodian businesses. If you are interested in setting up a business in Sihanoukville or any other location of Cambodia, Dragon Real Estate can help you find Cambodia property for sale & rent. 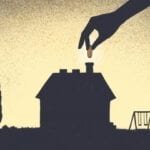 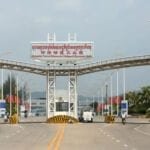